Tiffani Semach
Project Coordinator
I completed a Master of Arts in Sociology under Dr. Malacrida, examining the effects of spatial organization on youth affected by attentional and behavioral challenges associated with Attention Deficit/Hyperactivity Disorder. I have worked as a research associate for Dr. Malacrida since 2013, analyzing data on the “Eugenics to Newgenics” and “Childbirth and Choice” projects, and building the project websites. My research interests include youth, social control, disability, and the sociology of space.

Vanja Spiric
Graduate Student
Vanja Spiric completed her Bachelor of Arts in Philosophy at the University of Belgrade in Serbia, where she also received Master of Arts degrees in Philosophy and Social Policy in 2013. She is now attending the Individualized Interdisciplinary Master of Arts Program at the University of Lethbridge with a focus in Sociology. Vanja joined the research team in January 2014, and she contributed to both the Eugenics to Newgenics and Childbirth and Choice projects by analyzing data and writing articles for the project websites. Her interests include qualitative research methodology, social epistemology, and disability. 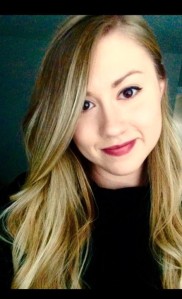 Katelyn Mitchell
Research Assistant
April 2015 – December 2015
As an undergraduate student at the University of Lethbridge, I am currently completing a Bachelor’s degree in Sociology and planning to pursue a Master of Arts.  I have been a research assistant for Dr. Malacrida since April 2015, working on both the Eugenics to Newgenics and Childbirth and Choice projects. My research interests include social policy, medicalization, parenthood, sexuality, and gender.

Sarah Weaver
Research Assistant
May 2013 – January 2015
My name is Sarah Weaver and I am an undergraduate student at the University of Lethbridge. As a Research Assistant for the “Eugenics to Newgenics” project, I am primarily responsible for transcribing and organizing interview data. I am also involved in Dr. Malacrida’s  “Culture of Birthing in Alberta: Questions of Risk, Choice, and Responsibility” project. My research interests are focused on the sociology of the body, gender and sexuality issues, the medicalization of childbirth, and social psychology.

Brad Robertson
Graduate Student
September 2012 – August 2014
I am currently in the process of completing my Master of Arts in Sociology at the University of Lethbridge under Dr. Malacrida. My thesis research critically examines performances of masculinity by men with intellectual disabilities. I have worked with Dr. Malacrida as a research assistant since June 2012, specifically working on projects researching disability and sexuality. Other areas of interest I have in relation to sociological issues include: masculinity, gender, the body, and popular culture. 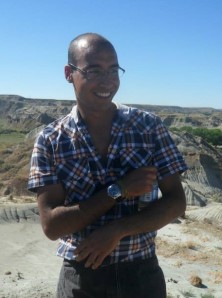 Alan Santinele Martino
Graduate Student
September 2012 – August 2014
In my thesis I examined how individuals with intellectual disabilities and their direct care workers experience and understand the sexuality and sexual expression of intellectually disabled people in order to locate alignments or disjunctions in their perspectives. I have been working as a Research Assistant on the “Eugenics to Newgenics” project for over a year, mainly transcribing and coding interviews with community members with disabilities. It has been a true privilege for me to be able to listen to these stories, in part because my own family has been trying to work together to support a family member with a disability in accessing relationships and intimacy.

Gillian Ayers
Project Coordinator
June 2013 – March 2014
My areas of interest include sociological issues relating to: gender, choice, identity, social control, motherhood, disability, and the body. Building on these interests, I completed a MA in Sociology in 2012 at the University of Lethbridge, where my thesis research examined the experiences of women who are childless by choice.