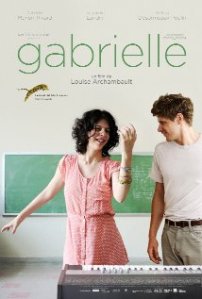 Gabrielle (2013) is a Canadian film about a young woman living with Williams syndrome who begins a romantic relationship with a fellow choir member named Martin. This movie depicts challenges associated with life in a group home, as well as power struggles that often occur when social workers, parents, and disabled individuals themselves negotiate the boundaries related to independence and personal autonomy. 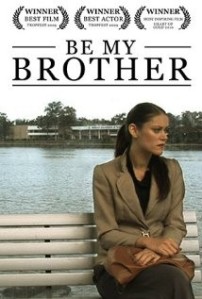 Be My Brother (2009) won the top prize at Tropfest, the world’s largest short film festival. In only 7 minutes this movie portrays the character of a young charming man, Richard, who has a Down syndrome and is struggling to be accepted. After approaching a stranger at the bus station Richard starts winning her attention by showing his talents and charisma. The actor who plays Richard is Gerard O’Dwyer, an advocate for the rights of persons with disabilities. 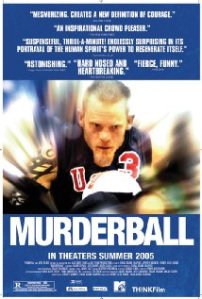 Murderball (2005) is an American documentary about a group of wheelchair athletes who play rugby. Apart from depicting men who are passionately engaged in an aggressive, competitive, and demanding sport activity, this movie also tells the story of their lives outside the court, where they face common misconceptions about the lives of persons with disabilities. The men featured in this documentary unreservedly talk about their sexual lives and relationships with women.

The Serilization of Leilani Muir is a 1996 documentary directed by Glynis Whiting about the life and times of Leilani Muir, the first person to file a lawsuit against the Alberta provincial government for wrongful sterilization under the Sexual Sterilization Act of Alberta.

(The Sterilization of Leilani Muir, wikipedia.org, 2014) 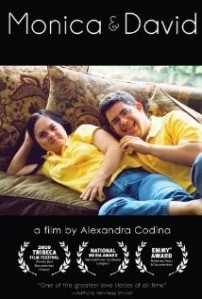 Monica & David (2009) explores the marriage of two adults with Down syndrome and the family who strives to support their needs.  Monica and David are blissfully in love and want what other adults have—an independent life.  Full of humor, romance and everyday family drama, the film uses intimate fly-on-the wall footage to reveal the complexity of their story.  While Monica and David are capable beyond expectations, their parents, aware of mainstream rejection of adults with intellectual disabilities, have trouble letting go (Official website film synopsis). 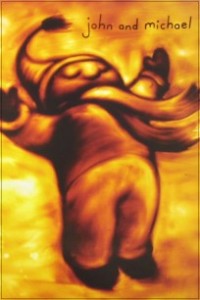 John and Michael (2004) is a short animated film that tells the story of “two men with Down’s Syndrome who shared an intimate and profoundly loving relationship.” It is a moving film about love, intimacy, loss and healing. Moreover, John and Michael challenges the notion that intellectually disabled people are not capable of or interested in being intimate with others, and raises attention to the experiences of people of who identify as both disabled and queer. The film is beautifully narrated by Brian Davis who is himself an intellectually disabled person. 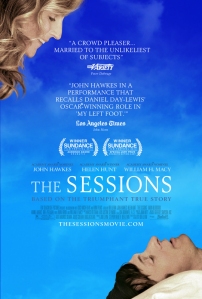 The Sessions (originally titled The Surrogate) is a 2012 American independent dramafilm written and directed by Ben Lewin. It is based on the article “On Seeing a Sex Surrogate” by Mark O’Brien, a poet paralyzed from the neck down due to polio, who hired a sex surrogate to lose his virginity. John Hawkes and Helen Hunt star as O’Brien and sex surrogate Cheryl Cohen-Greene, respectively. (The Sessions, wikipedia.org, 2014) 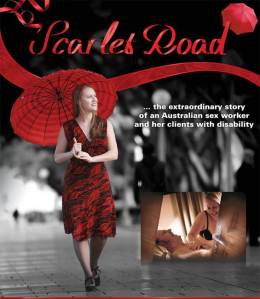 Scarlet Road (2011) is a documentary about Australian sex worker Rachel Wotton, who has worked extensively with disabled clients. In her activist work Rachel Wotton challenges the idea that disabled people are not interested in sex, and brings attention to the importance of pleasurable touch and sexual intimacy in the lives of disabled people. “Everyone has a right to sexual expression, and that includes people with disability,” says Wotton. One shortcoming of this documentary is that by focusing primarily on the experiences of two heterosexual disabled men, it leaves out the experiences and desires of disabled women (one disabled woman speaks very briefly about her experience with a sex worker), and disabled people who do not identify as heterosexual. However, the documentary should provoke some heated discussions and significant (re)thinking among viewers regarding dominant ideas about sex, pleasure, disability, and sex work.

*Please note that this film is rated 14A and includes depictions of sex and nudity. 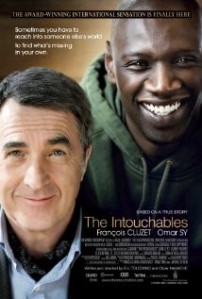 The Intouchables (2011) is a French film based on a true story about Phillip, a quadriplegic man, who hires a young man named Driss to be his support worker. The film looks at questions about sexuality, pleasure and love as Driss not only facilitates opportunities for Phillip to once again experience pleasurable touch, but also encourages him to move forward in his long-term romance through correspondence. Despite some of its clichés, this film is successful in both expanding our common ideas about how sexual pleasure can be obtained and experienced, and creating discussions on the role of support workers in their relationships with their clients.